IMPORTANCE: Brownfield rail project linking the starting point in the city of Ilhéus (BA) with the arrival point in the city of
Caetité/BA, with an approximate length of 537 km. It will drain iron ore produced in the region of Caetité/BA and the production of grains and ore from western Bahia (Minas da Bahia Mineração – BAMIN) through Porto Sul, a port terminal to be built near the city of Ilhéus/BA. It may establish the connection of this port with the North-South Railway (FNS) in the
future. 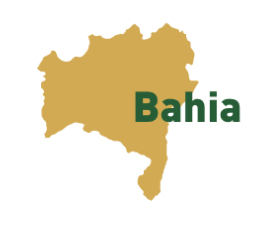 Jobs created throughout the concession contract: